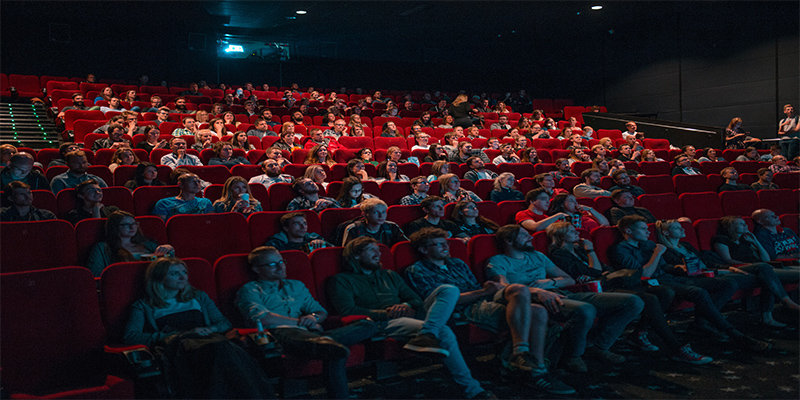 "In recent years, AI has become a significant player in the technology industry. What does the film industry have to say about this?"

Keeping up with technological advancements such as artificial intelligence (AI) and the Internet of Things is a significant challenge for the film industry. There is no other explanation for the sci-fi genre's enormous popularity with moviegoers. Despite the global pandemic, films reached their intended audiences through various distribution channels. Although the real-world consequences of AI are often quite different in the movies, these are the best AI films of 2020 and 2021.

She's paid off her student loans, built up her bank account, and created a billion-dollar foundation for McCarthy's character. The film received mixed reviews, owing primarily to its inability to convey the dangers of global AI dominance adequately.

In this Vin Diesel film, a vengeful soldier seeks vengeance for his wife's death. Vin Diesel is alive by an intelligence agency using nanotech/bots injected into his bloodstream despite being shown dead.

The real action begins after Diesel successfully assassinates his wife's killer. The same agency that gave Diesel's character superhuman abilities is wiping his memory clean to replace his wife's killer with other people they want dead.

When the first Bloodshot came out in 1993, it was a prevalent theme in sci-fi shows.

In 2038, George Almore attempts to build a humanoid robot that resembles his late wife. His three prototypes are JI, J2, and J3. However, his third creation resembles a human in terms of structure and mental capacity. The film also explores the human-AI relationship.
Some critics have compared it to Ghost in the Shell, Ex Machina, and Cyberpunk. Overall, the public liked it.

The most anticipated film of 2020 was Tenet. Christopher Nolan helmed the project, which reportedly cost $225 million to produce. This movie features John David Washington, Robert Pattinson, Elizabeth Debicki, Dimple Kapadia, Michael Caine, and Kenneth Branagh. The film features Washington as a secret agent on a global mission to save the world.

We learn about the phenomenon of inverted entropy and how it leads to time travel in this chapter. The film frequently played with physics concepts to enthral its audience. A dead man's switch that can kill the world with algorithms is one of many futuristic devices in the film.

It's a sci-fi film set in 2067. Except for synthetic products produced by Chronicorp, the disease exterminated all life on Earth. Until The Sickness, a new lethal disease, affects people, including Ethan Whyte's wife.
The future asks the Chronicorp scientists to send Ethan to save humanity. Then Ethan goes on a time-travel mission with only an AI hand computer attached to his arm. The rest of the film revolves around Ethan saving humanity.

"The Knife of Never Letting Go" inspires another American AI-based film, "Chaos Walking." To understand what is going on in the minds of the men around them, "Chaos Walking" introduces us to an AI-driven world where everyone is affected by "the Noise." The girl eventually realizes her life is in danger, and the boy must use his inner strength to uncover the planet's terrible secrets.

The Matrix Resurrections' AI-based science fiction action film is produced, co-written, and directed by Lana Wachowski. The Matrix Reloaded follows 2003's The Matrix Revolutions. The film's plot depicts a catastrophic war between humans and AI-powered machines. As a result, the movie relied on two artificially intelligent sentient programmes, dubbed The Architect and The Oracle, to construct The Matrix. Many different programmes mimic different world regions, and these agents can exert total control over the people on Earth.

An animated film called Ron's Gone Wrong explores the practicality of robots in everyday life. They envision a society where children's best friends are robots capable of walking and talking. Ron, a ten-year-old boy, discovers a broken robot pal. After a while, the child has figured out how to get his robot around. The director featured promised human-machine interactions in the film.

With a futuristic setting, Outside the Wire uses robots but is concerned about the collateral damage they may cause. Directed by Mikael Hfström, Outside the Wire is a sci-fi action movie set in 2021. Damson Idris and Anthony Mackie, a drone pilot and an android officer, work to avert a global disaster. Additionally, a drone pilot and an android officer with top-secret clearance prevent a nuclear attack—moreover, an Android officer, Capt, tasks disgraced drone pilot Lt. Harp (Damson Idris). Leo (Anthony Mackie) finds a doomsday device before insurgents in a dangerous militarized zone.

Warner Animation Group and Warner Bros. Pictures present Space Jam: A New Legacy, a live-action/animated sports comedy released in the United States in 2021. When a rogue AI kidnaps LeBron James's son, the two must work together to win a basketball game. As part of his plan to win a basketball game against avatars led by an AI named Al-G Rhythm and rescue his kidnapped son Dom, James seeks the help of the Looney Tunes cartoon characters.

Shawn Levy directed Free Guy, a computer-generated video game-based action comedy film (programmed by some developers). When it comes to player characters Guy and Iris, they are both imprisoned in The Free City. When Guy discovers that his world is a video game, he attempts to prevent it from being shut down by the developers, much like Jim Carrey's character in The Truman Show. Much AI characters will appear in the film, which will show how a computer game works from the inside.

Finch is a 2021 post-apocalyptic science fiction drama film directed by Miguel Sapochnik. In this film, he can become an artificially enhanced human child through his interactions and experiences with his robot, "Finch," in this film. A robotics engineer, Finch Weinberg and his dog Goodyear live in solitary confinement. On a dangerous and depopulated planet, Finch (Tom Hanks) sets out to find a new home for his strange family, including his beloved dog and a newly constructed robot.