Now AI Can Create Our Universe 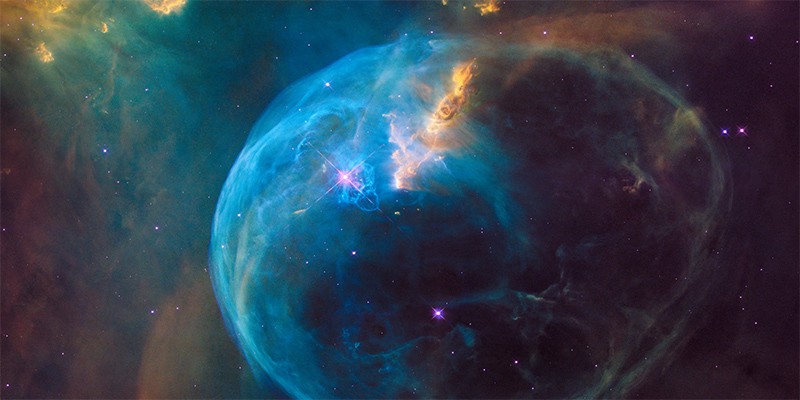 "AI Created a Three-Dimensional Model of Our Universe. The first-ever AI simulation of the Universe appears to operate similarly to the real thing — and is almost as mysterious."

The Universe is brimming with magnificent objects, such as this bubble nebula, located over 8,000 light-years from Earth. Recently, researchers used artificial intelligence to create a simulation of the Universe. Though the simulation performed admirably, no one understands how it works completely.

The researchers published a new simulation in the journal Proceedings of the National Academy of Sciences. To better understand how the Universe came into existence, the scientists set out to create a virtual version of the cosmos that would allow them to test various hypotheses about the origin of the Universe.

Given its enormous age and scale, understanding how the Universe came to be is a daunting task. Computer modelling is one of the astrophysicist's tools. Astrophysicists may need to run thousands of simulations to determine which scenario is most likely in the real world, so traditional models require a lot of computing power and time.

Shirley Ho and her colleagues built a deep neural network to speed up the research. Deep Density Displacement Model (D3M) is a neural network designed overtime to manipulate that data based on that recognition. According to the research team, eight thousand simulations from a high-accuracy traditional computer model of the Universe in the case of D3M. The researchers created a new, never-before-seen simulation of a virtual universe 600 million light-years across after D3M had learned how those simulations worked. It's about 93 billion light-years across the real observable Universe.

According to HO, D3M has a mysterious feature that intrigues cosmologists and computer scientists. To understand why this model extrapolates so well, "we can be an interesting playground for a machine learner to see why it extrapolates to elephants instead of just recognising cats and dogs," she stated. "Science and deep learning are intertwined."

Researchers looking for universal origins could benefit from the model's time-saving capabilities. When compared to the current fastest non-artificial intelligence simulation method, the new neural network could complete simulations in 30 microseconds. As a bonus, the new network had an error rate of just 2.8%, compared to 9.3% for the fastest model on the market. A model that takes hundreds of hours per simulation is a gold standard to compare these error rates. Moreover, researchers built a neural network with additional parameters to better understand how hydrodynamics (the movement of fluids and gases) affected the Universe's formation.