Is AI Required For Humanity? 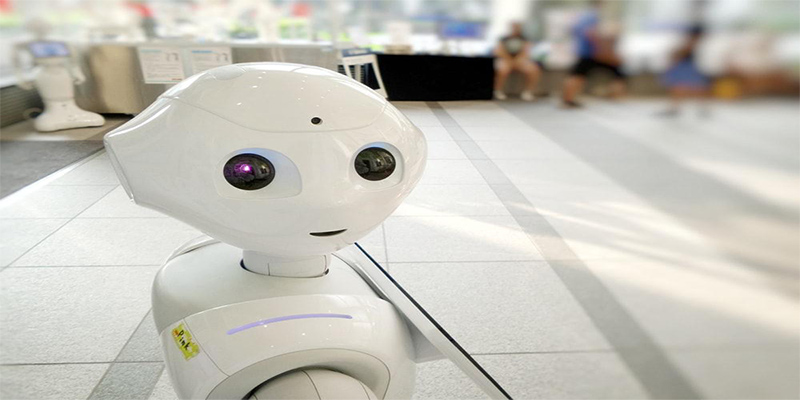 "Nobody in this world can deny the enormous supernatural benefits that AI is currently delivering to humans. AI is ingrained in our daily lives that it's difficult to imagine a world without AI."

With AI, machines can learn from their mistakes, adapt to new input, and carry out tasks. Today's AI examples heavily rely on deep learning and natural language processing, from chess-playing computers to self-driving cars. You can train computers to perform specific tasks using these technologies by processing large amounts of data and recognising patterns in the data.

Despite ongoing advancements in the field, technology has not yet reached the complexity required to replicate the human mind. Almost certainly, AI will always require human input to regulate the ethical implications of delegating decision-making to the bits and bytes contained within a computer algorithm.

AI is booming as a result of breakthroughs in deep learning.

We live in a digital era where virtually everything is by technology. Continued advancements in artificial intelligence are reshaping our lives, altering every aspect of them. Tasks that are difficult for us are manageable by a machine. Consider your present, when humans enjoy a digital and healthy lifestyle and compare it to the 18th and 19th centuries when sickness and disasters were prevalent.

AI accelerates, fine-tunes, and maximizes the effectiveness of human efforts. In financial institutions, You can use AI techniques to identify transactions that are likely to be fraudulent, to implement fast and accurate credit scoring, and automate data management tasks.

Will AI pose a threat to humanity?

Today's AI is beneficial for a variety of tasks. That is not to say it is always helpful – it is a tool that can have negative consequences when misused or incorrectly used. Despite this, it appears unlikely to soon become an existential threat to humanity.

Dr Roman Yampolskiy, a computer scientist at Louisville University, also believes that "no version of human control over AI is possible," as the AI cannot be autonomous and controlled by humans at the same time. Inability to control superintelligent systems could have disastrous consequences.

Yingxu Wang, a professor of Software and Brain Sciences at Calgary University, disagrees, stating that "professionally designed AI systems and products protect users' interests and well-being and cannot be accessed or modified by intelligent machines themselves."

Today's AI is beneficial for a variety of tasks. That is not to say it is always helpful – it is a tool that can have negative consequences when misused or incorrectly used. Despite this, it appears unlikely to soon become an existential threat to humanity.

Is AI beneficial to humanity?

AI can help eliminate the need for humans to perform repetitive tasks. One of the primary benefits of artificial intelligence is its ability to alleviate the tedium associated with numerous job tasks. In any job, repetitive, tedious tasks are the bane of many human workers worldwide. While concerns about the potential dark side of AI are understandable, AI and machine learning may be poised to deliver. Here are a few notable examples.

Similar concerns to those expressed about AI have surfaced about most new forms of technology. Occasionally, the fears are justified, and occasionally they are not, but in either case, you cannot contain the genie of new technology. All we can do is learn to use it wisely and profitably. While there are legitimate concerns about its development, AI can be the greatest invention since sliced bread if appropriately implemented.